Is the coastline of Girona province, 256 kilometres long.

As the name “fierce coast” implies, is rocky but with superb beaches and coves.

With its medieval towers and walls it is one of the most beautiful villages on the Costa Brava.

The painter Marc Chagall described Tossa as “the blue paradise“. 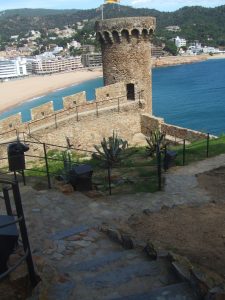 A visit to the old town is essential to enjoy:

And during the walk we will come across the famous statue of the actress Ava Gardner, because in Tossa was filmed “Pandora and the flying dutchman”.

Beautiful and charming village which was the source of inspiration for many artists, such as Picasso and Dalí.

It preserves the traditional architecture of an ancient fishermen‘s village: small white houses. 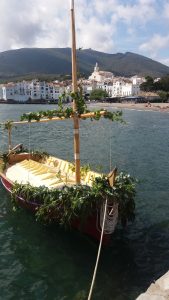 Located on a rocky shore full of small coves.

It is one of the most picturesque places on the Costa Brava. 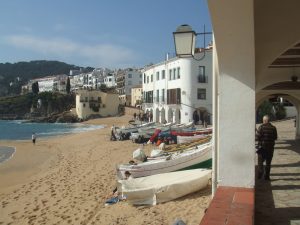 Today it is a summer destination, but it used to be the former fishing port of Palafrugell.

The traditional coastal architecture is presented with beautiful white houses.

The “vaults” or arcades stand out in the seafront.

Scenario of Havaneres singing for over 50 years.

Coastal path from Calella to Llafranc or viceversa

Immerse yourself in the history of our past.

Rediscover 10 centuries: from the 6th century BC when the Greeks arrived in until the 5th century AD with the Romans. 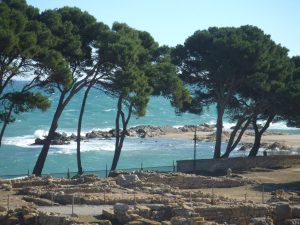 Great door of entry of classical culture in the Iberian Peninsula.

The only site on the Peninsula that has both a Greek and a Roman city.

Thanks to its privileged location in the Mediterranean, it was a great economic center.